Think you know everything about the first book of the Bible? This Genesis Bible quiz has 10 free quiz questions and answers. Good luck!

Check out our other fun Bible quizzes. We have trivia on Ephesians, Acts, Galatians and lots more.

Q1. What is the name of the man who survived the flood by building an ark?

Q2. What is the name of the garden where Adam and Eve lived?

The Garden of Eden

Q4. What did God do on the seventh day?

Q6. After the flood what symbol did God use as a sign of his promise never to flood the earth again?

Q7. Who did God choose to be the "Father of many nations"?

Q8. What fruit did Eve eat in the garden?

Q9. How long did it rain for during the flood?

Q10. One of Jacob's sons had a coat of many colors. What was his name? 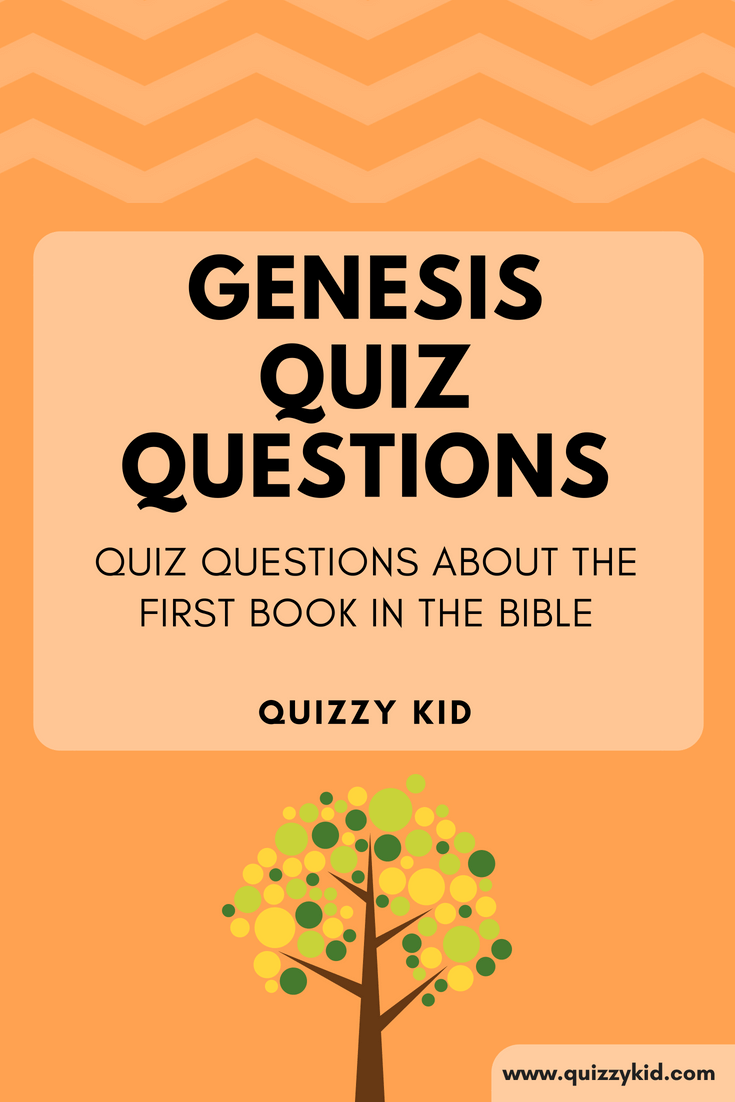 You'll also get 10 bonus questions in this quiz pack!